A steering committee, represented by professors from different faculties, supports and assists in drawing the strategic policy lines.

In 2008 the Ghent University China Platform signed a strategic partnership with the Province of East Flanders, the Flemish-Chinese Chamber of Commerce (FCCC), the City of Ghent and the Port of Ghent. This strategic partnership streamlines the different initiatives towards China, with a view on presenting East Flanders as a region for innovation, science and knowledge.

Joining academic, political and economic forces has a very strong effect in China, and on the other hand it increases and improves the visibility of each of the partners individually.

The cooperation with the province of East Flanders resulted in the establishment of a joint representative office in Beijing in 2008.

A local presence improves the visibility in China and enables a more efficient way of communicating with Chinese partners. The local representative facilitates and assists in incoming and outgoing mobility, provides assistance in prospective trips and visits, and is responsible for the dissemination of useful information.

Mr. Zhang Chi was appointed as the local representative.

On the occasion of the 15th Anniversary of the China Platform a special event was organised in the residence of the Belgian Ambassador in Beijing, Dr. Jan Hoogmartens.

The Belgian Ambassador, Dr. Jan Hoogmartens, kicked off the event with his opening speech. His Welcome Remark was followed by video messages from the Vice Governor of the Province of East Flanders, Mrs. An Vervliet, and the Rector of Ghent University, Prof. Rik Van de Walle.

As one of the prominent guests on this event, Mrs. Tian Lulu, Deputy Secretary-General of the China Scholarship Council, gave a keynote speech about the Educational Relationship between Belgium and China. More than 20 delegates from 10 partner universities/institutions of Ghent university in the Beijing-Tianjin-Hebei region of China attended the event. Delegates of the China Scholarship Council and the Chinese Service Center for Scholarly Exchange joined this official celebration as well.

Em. Prof. dr. Zhong Han, Emeritus Professor of the Central Academy of Fine Arts, was the oldest alumni present and fully enjoyed the festivities. Em. Prof. dr. Zhong Han studied at Ghent University in 1984, and was elected member of the Royal Academies for Science and the Arts of Belgium in 1993.

This event also marked the official closing of the 1st edition of China Platform Academic Forum, a series of eight webinars that took place from 13 until 17 September. These eight webinars  were organised by Ghent University professors from different disciplines in close cooperation with their fellow professors and/or former doctoral students from a specific partner university in China. Professor Luc Taerwe, Director of China Platform, who unfortunately could not be present in person, addressed his closing remarks to the audience through a video message.

To express a warm and kind “Thank You” to all its partners, the China Platform made a special video with highlights of the Ghent University-China corporation over the past 15 years. The celebration ended with a network event, during which the guests could enjoy authentic Belgian food and beer. 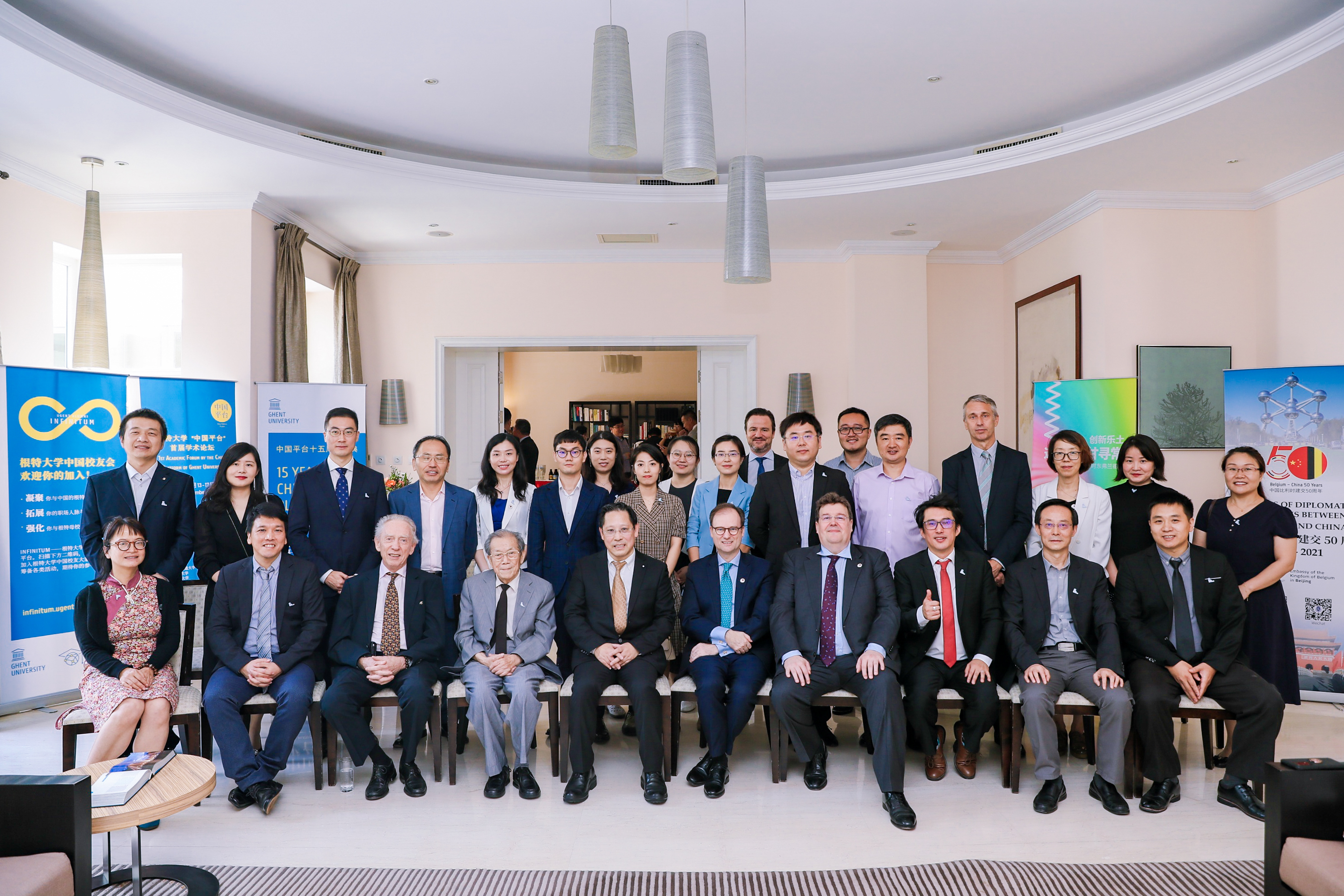