One master, many directions: Social Work and Social Welfare Studies

Four alumni look back at their studies and the direction in which they finally headed. What began along the same path led to many different places. Sarah, Lisa, Michaël and Zahra all studied social work, one of the programmes in the Faculty of Psychology and Educational Sciences. What drives them is the will to help others and they each do this in their own way.

Sarah Braet works as policy coordinator for UiTPAS in Ostend 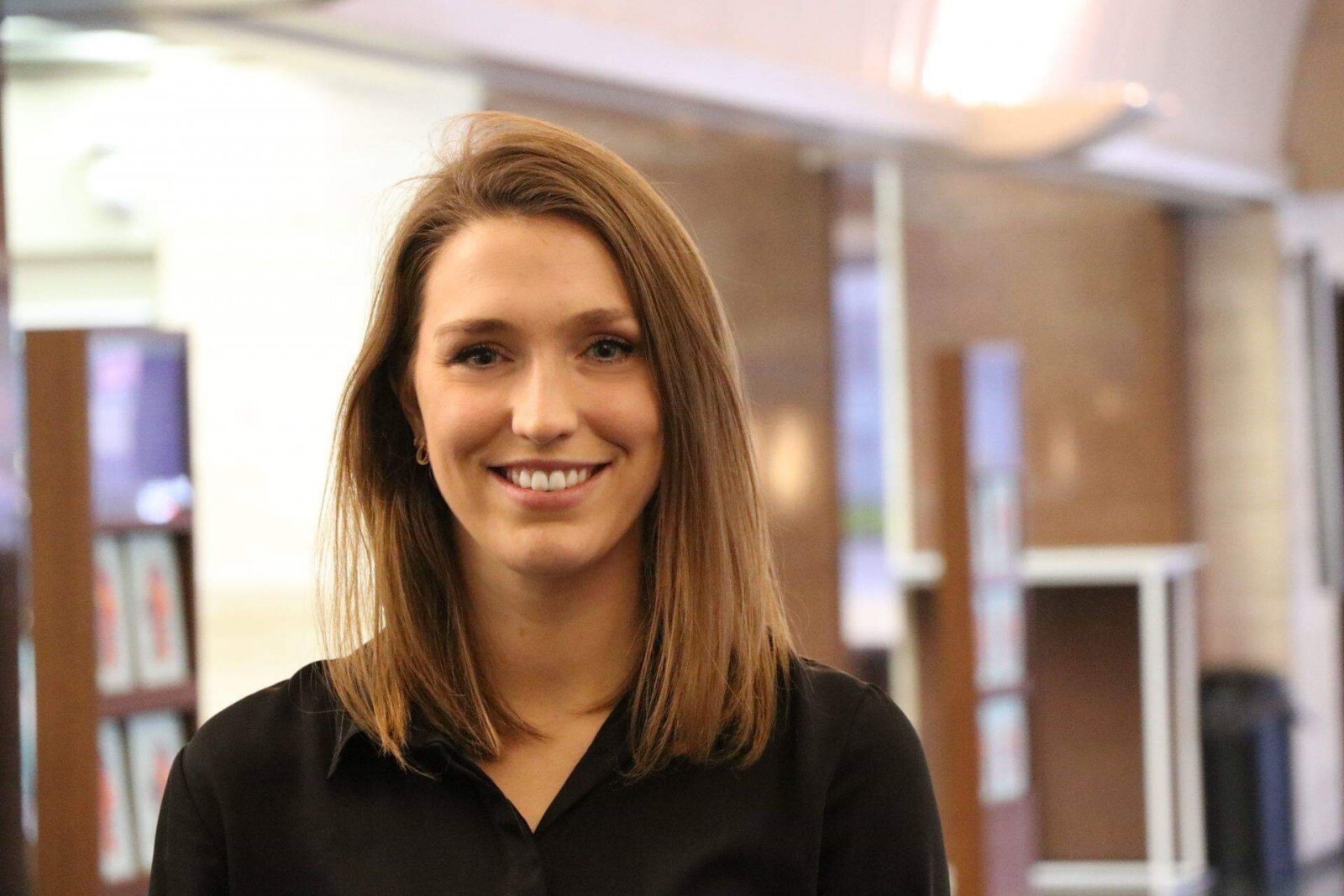 “When choosing my studies my top priority was to have room for creativity. I hesitated between communication management and social work, but the decision was easy once I discovered the existence of ‘social cultural work’ during the info days. I began my studies at Artevelde University of Applied Sciences but felt that something was missing. I wanted to go deeper into the subject and gain a better understanding of the domain using the practical insights I had acquired. I decided to do the linking programme and follow the Master’s in social work at Ghent University, and I am still so pleased I did. Thanks to the elective course units I could tailor the programme to my field of interest and I developed a critical reflex which I still apply on a daily basis."

"If I was asked to choose my studies again, I would make exactly the same decision. Not only is it the right job for me, I also had a great time during my studies. I wouldn’t want to have missed that.”

"After an apprenticeship and an initial job as a community supervisor I ended up at Stad Oostende. I joined them as UiTPAS coordinator and have since become the policy coordinator. The UiTPAS is a digital card offering advantages on leisure activities and aims to lower the participation threshold. My job really suits my interests and my studies." 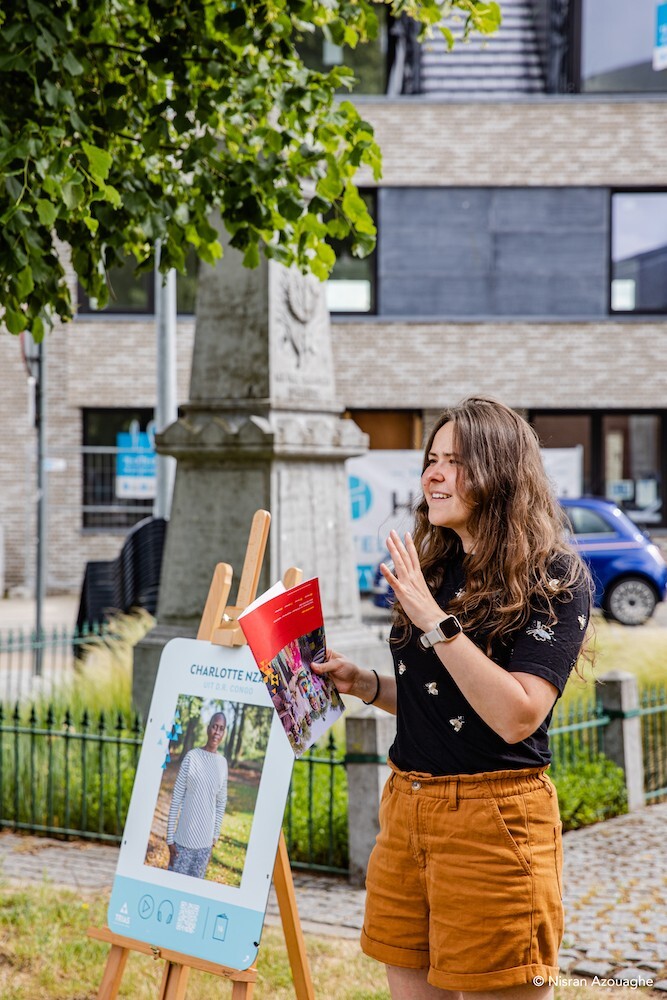 "Actually, my first choice was communication sciences. But quickly I ended up in educational sciences, which felt good from the start, although I continued to doubt my own ability. The year of communication sciences was still fresh in my memory. Yet somehow I was able to make the click and off I went. In my third bachelor year, the moment when you choose your main subject, I immediately knew I wanted to do social work. I am still great friends with fellow students from back then and the programme was just perfect for me."

"I started in communication sciences, but soon had my doubts. “Is this really what I want to do?”. I sensed that I wanted to do something with people."

"While writing my thesis I began applying for jobs and I started work shortly afterwards. My first job was great, but I wanted to see the wider picture. I applied for a job at Trias, a non-profit association fighting obstacles in the way of entrepreneurs. I work there as a contact person for organisations like Unizo and Markant and focus mainly on awareness activities. I am delighted with where I have ended up and I would make exactly the same choices if I had to make them again. The versatility of the subject gives me many options and I find that reassuring.”

“When it was time to choose my course, it was the mixture of disciplines in the educational sciences programme that attracted me most of all. I was interested in how people in society relate to each other, beyond purely the psychological aspect, and ways in which this can be approached. As my studies progressed, the different courses gave me an idea of the type of job I wanted to do. There was specific interaction between theory and practice thanks to guest lectures. This helped to me to clarify my direction within the broad domain of social work. After completing my programme I continued by specialising in rehabilitation mediation. I did an apprenticeship in the sector and devoted my thesis to this subject. "

"Both of my jobs involve the mediation aspect and focus on talking with rather than talking about. It is about giving audibility and visibility to groups for which there are many prejudices but who rarely have the chance to speak up in the social debate.”

"For a number of years I worked as a rehabilitation mediator and I enjoyed it tremendously. Meanwhile, my role has evolved towards substantive support: within a team I search for answers to practical questions. I also work as an advisor at the hotline for asylum, migration and diversity at the Flemish Office of the Children’s Rights Commissioner. The two jobs are actually more similar than you might think."

Zahra Keleman works as a supervisor for childcare at Stad Gent 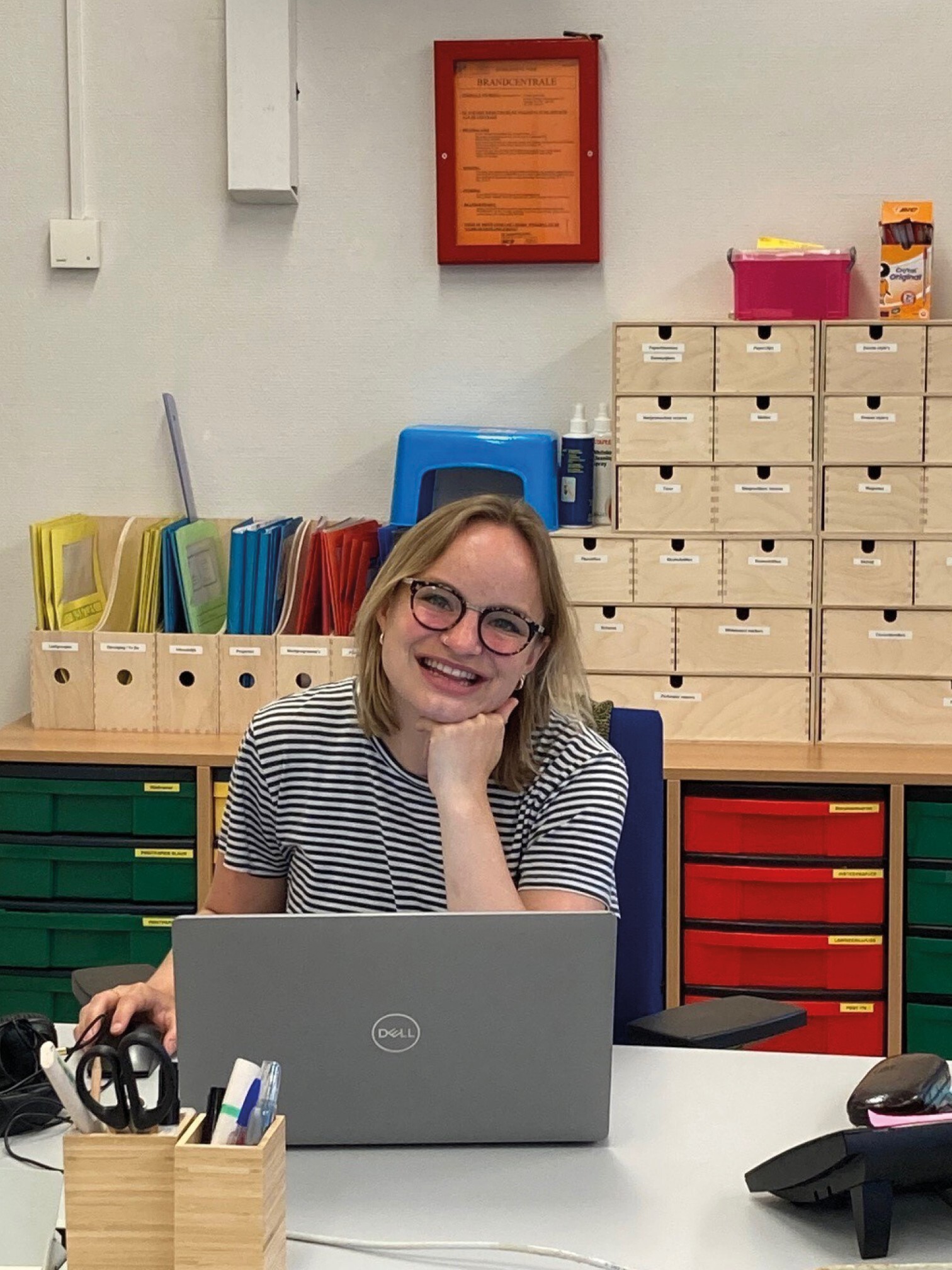 ““I set out on the educational sciences programme believing I would become a remedial education expert. I decided that back in my fifth year at secondary school. However, along the way, I discovered that social work was more my thing. A successful apprenticeship at Jes vzw was one of the things that confirmed I had made a good decision. That’s why I was really grateful to have discovered the many areas in the discipline thanks to the broad bachelor. Following an apprenticeship in South Africa and a postgraduate in sustainable development, I finally graduated in the midst of the corona crisis."

"People warned me about the lack of jobs in the sector, but I was not discouraged."

After a long selection procedure I ended up in the Childcare department at Stad Gent. Meanwhile, I have been working there for a year as a supervisor. My most important task is to ensure that the everyday childcare activities can run smoothly. The childcare under my responsibility is very local. That means we do everything to ensure that those who are socially vulnerable are not forgotten. Furthermore, there is also room in our care for inclusion, for example, for children with a physical handicap. The programme certainly gave me some handy tools in this respect, but there are some aspects of the job that you simply cannot prepare for. Exit discussions, budget sheets in Excel… That means I am learning a lot as I go, but I believe that the programme gave me a good basis on which to build.”