On April 23rd, the representative of the Ghent University Alumni Network – Shanghai Chapter, Mr. Fan Peng, attended the opening ceremony of the arts exhibition “In Search For Origins - Five Chinese Oil Painters Who Once Studied In Belgium” on invitation of one of the organizers.

Mr. Zhong Han was a visiting scholar at Ghent University in 1984, Mr. Hu Zhenyu studied in that year at the Royal Academy of Fine Arts in Ghent. In 1993, Mr. Zhong Han became foreign associate of the Royal Academies for Science and Arts in Belgium. Over the years, these artists hosted exhibitions in Ghent, Bruges, Antwerp and other cities in Europe.

This exhibition aims to highlight the European oil paintings’ ontology through more than 150 paintings and sketches by the five oil painters.

The opening ceremony took place in the presence of the Consul General of Belgium in Shanghai, Mr. Bruno Jans and many prominent guests from China. At this occasion Mr. Fan Peng represented Ghent University’s China Platform and the Ghent University Alumni Network – Shanghai Chapter. Mr. Hu Zhenyu and Mr. Zhong Han were awarded a nice gift by Mr. Fan Peng in appreciation of this wonderful initiative. 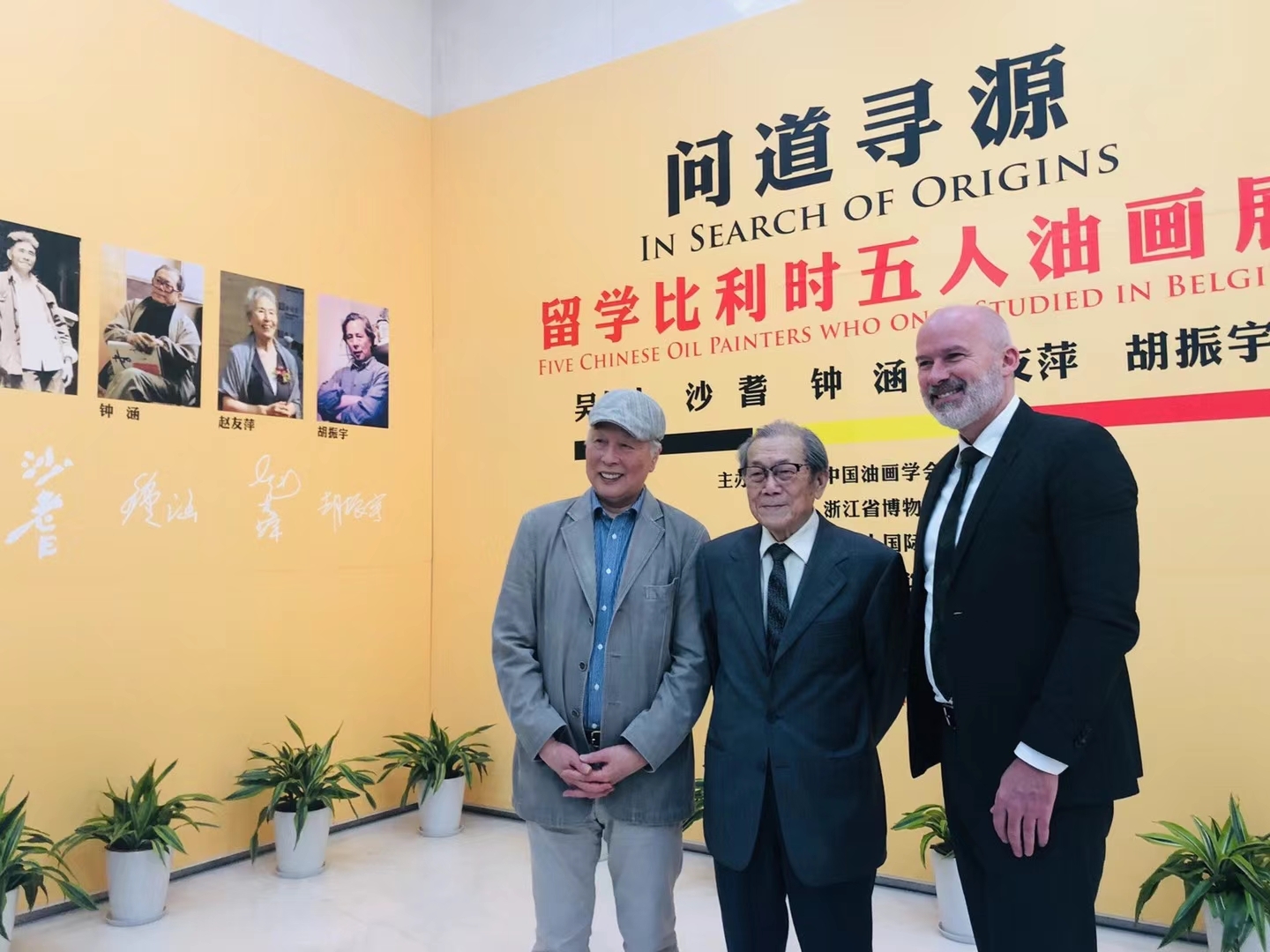